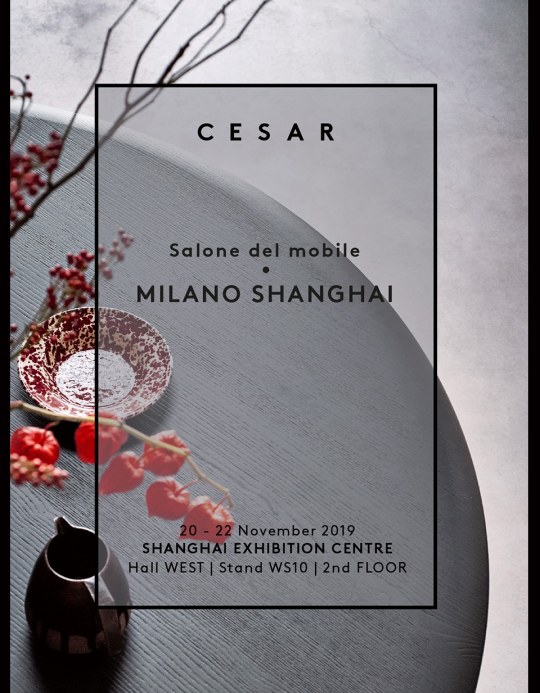 From Venice to China, riding the wave of design.

A journey begun centuries ago: the meeting of such vastly different styles and ways of life that the two are irresistibly drawn to one another.  This is the essence of the special relationship that exists between Italy and China; a relationship which now renews itself in the new edition of the Salone del Mobile.  Milano Shanghai.

Cesar will, for the first time, be present at this important trade show, scheduled take place in the SEC (Shanghai Exhibition Center) from 20 to 22 November 2019.

The event is a reference point for the Asian continent and an unparalleled showcase of high-end Made in Italy design, something which is increasingly admired in China.

Contributing to Cesar’s stand (WS10 - second floor - West hall) is its partner HDF, which will present visitors with the columns, islands, and snack Platform of the Unit model, along with the new “The 50’s” wall system: a range of products for home interiors that were created in the name of compositional flexibility and the joy of socialising, perfect for metropolitan environments that cherish design.

The attention that Cesar dedicates to the Chinese market is part of a global strategy based on the concept of a kitchen and furnishing that are open to constant change and are designed for the younger generation which is used to perceiving the entire world as their home.

Prev Next
Prev  Next